You have new quote information. View My Dashboard ×
﻿

Security is a high priority for many organisations, from government departments, to university campuses to medium-sized businesses and commercial enterprises – anyone with physical premises that they need to monitor and protect.

Whilst the primary use of video surveillance cameras is still intrusion detection, cameras are also being increasingly used for other safety monitoring functions: on roads to detect incidents and manage traffic flow, or in installations like electricity sub-stations which use thermal imaging to monitor temperature levels.

FLIR is the world leader in thermal security cameras. They have brought the power of thermal imaging - which works in low/no light and through obscurants such as fog and dust - from its military roots into the commercial world. FLIR’s thermal technology is complemented by an extensive range of enterprise grade visible security cameras, including those that work in low light, or with infrared illumination.

FLIR’s point of difference is that, unlike point vendors, who provide one element, they provide a total security integration solution. As well as camera hardware, FLIR offers the sophisticated software with which they operate: video management, connecting the cameras, managing recording, user access and alarms  and analytics software that ‘reads’ the image and takes action based on the information it receives – including distinguishing people from cars, reading registration numbers, motion detection and facial recognition.

As a complete business intelligence solution provider, FLIR ensures that all components work together smoothly and efficiently and that their customers only ever need a single point of contact.

FLIR puts its money where its mouth is – so confident are they in their technology that they offer a 10 year warranty; unheard of anywhere else in the industry and a testament to the quality of their products. 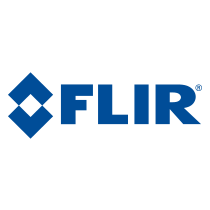